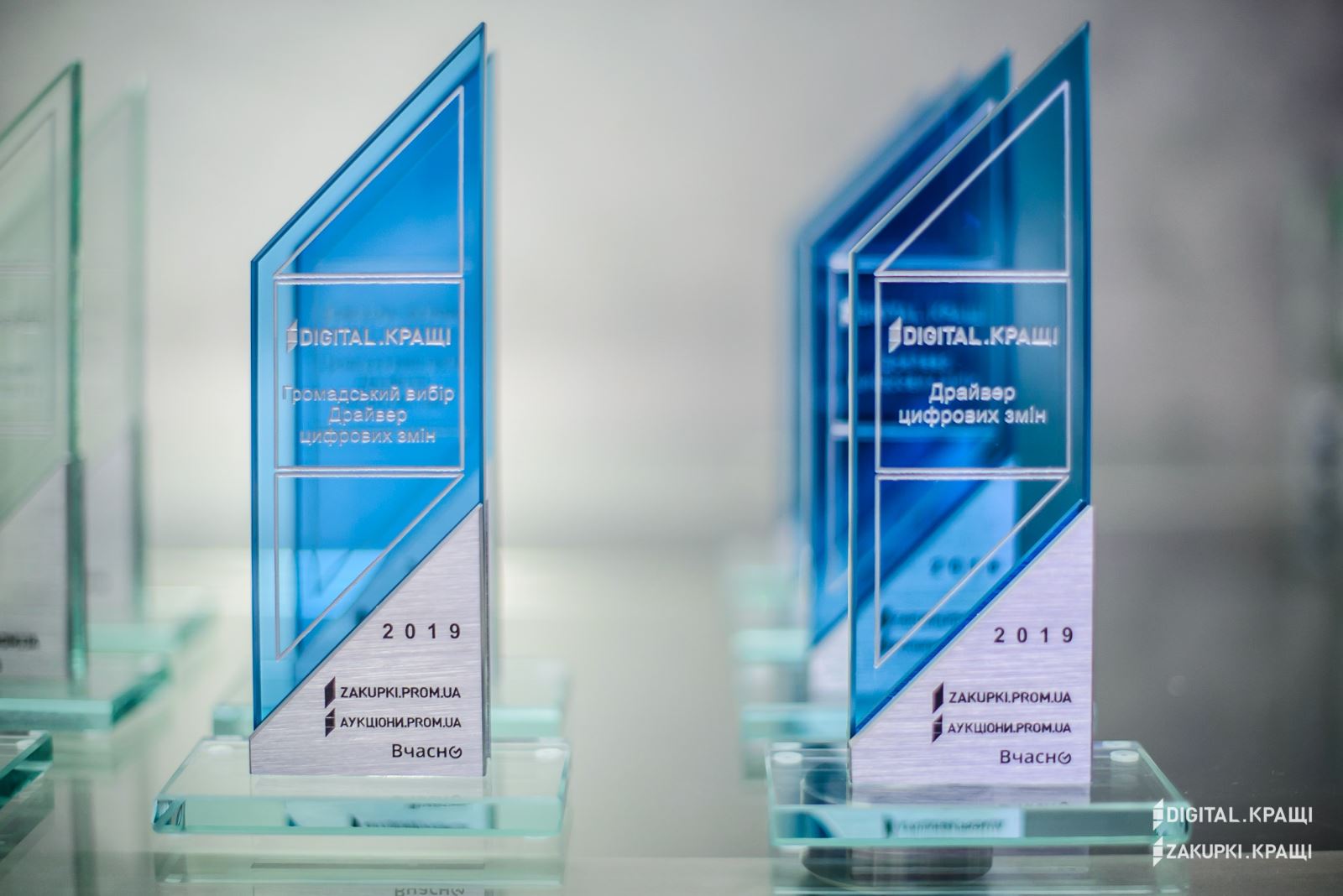 The deputy head of the board of the logistic company won in the nomination “Driver of digital changes”.

The awarding ceremony took place in Kyiv on June 19 – in the framework of III Pan-Ukrainian award Zakupki.best. This year the organizers acknowledged for the first time not only the exemplar representatives of electronic purchases market, but also drivers of digitalization – those to be looked upon during implementing digital solutions.

The Delivery received the award because it greatly contributes into development of electronic document in Ukraine. In particular, starting from March 2017 it exchanges electronic documentation with contractors and one of the first decided to test electronic consignment notes in online service “Vchasno”. The company, essentially, is a pioneer of digital transformations, where Andrii Ivasiv plays an important part as a driver of law-making processes.

"We are very lucky to be living in times when each business, each state institution try to implement digital technologies. It enables us to change in a quality manner, put into life our wishes and enhance business processes. Everybody who received the award Digital.best are the leaders in implementing such technologies. I am sure that some time later your competitors will have to catch you up. I wish all the nominees and winners to keep up in the same direction since there is a lot of work ahead”, mentioned Andrii Ivasiv during the ceremony.

It is difficult to transfer from outdated, but usual processes. However, digital instruments make business more flexible, efficient and save resources. That is why organizations that actively implement digital technologies and by doing so change the market, are worth to be recognized.

"Modern world changes drastically. People and companies are alike here – they are waiting to the very end and resist to changes. Others are ready to experiment, make mistakes, try over and over again and change the world around us. It concerns both electronic purchases and auctions and implementing digital technologies into their business processes. We acknowledged these very companies since we are sure that their example will evoke others to develop”, - said Oksana Ferchuk, manager of business direction of the company EVO (platforms zakupki.prom.ua, auctions.prom.ua and online service “Vchasno”).

Award Digital.Best was established in 2019. Companies that track the novices and actively implement digital technologies receive them. The awards are given to the participants in two categories: “Expert choice” and “Popular choice: digital technologies”. The founder of the award is a popular trading site Zakupki.Prom.ua.

What is the price of cargo insurance?

Нow can you get discount?

Нow to change receiver of cargo?

The dispatcher can change the receiver throughPersonal Area by letter.
To change the receiver at the receipt the dispatcher should send letter-redirection (coloured photocopy of the letter) via e-mail to the warehouse of arrival or via e-mail office@delivery-auto.com.ua. If the letter-redirection is written by the physical person it is necessary to attach the 1st and 2nd pages of the dispatcher’s passport. Example of the letter.
We draw your attention that you can state up to 4 receivers in the receipt during cargo dispatch.

Нow to get to know about cargo arrival?

You can find out the status of dispatched cargo at our site in this regard it is necessary to use form “Global search of receipt or information” or at Personal Area.

Нow to receive the remuneration?

You need to address to the employee of the warehouse of receiving to draw up the Act of acceptance of the cargo (baggage) by quantity and quality and present the documents for confirmation of the value of the cargo. The investigation will be conducted during 14 calendar days from the date of complete package of documents presentation. The notification about investigation findings will be send to your telephone and in Personal Area.
If the cargo was insured, you will need to fill an application to the insurance company. The template of the application you can find on our web-site by the reference

How should the cargo be packaged?

The package should guarantee cargo safety condition during transportation and meet Rules of packing the cargo which you can find on our web-site.

Do you have express delivery?

The service of express delivery is rendered only within the boundaries of Kyiv city for delivery of the cargo up to 2 kg and documents. You can find more information about this serves here

Наверх
WARNING! You are using an outdated browser.

To use the site delivery-auto.com, we recommend that you update your browser to the latest version or select and install any of the other options. It's free and only takes a few minutes.