Please draw your attention to some changes in names of cities, populated localities, and streets at website of the company and print production due to law on decommunization.

“Delivery” summed up its progress for the first half of 2016 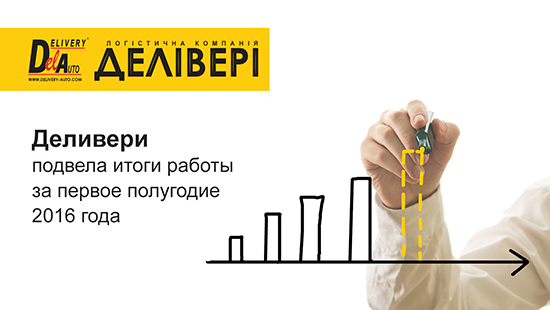 In 2015 there was no major positive growth stimulus on Ukrainian market of road transport: the market declined by average of 18.2%. Despite this, during the first six months of 2016 the company “Delivery” continued positive development of the last two quarters of 2015. Growth of cargo turnover in natural terms amounted to 11.36%. More than 95% of transported cargo was comprised of freights exceeding 30 kg in weight. At the same time, number of addressed pickups and deliveries increased by 12.77%.

In profile segment of consolidated loads, the company continued to head for growth and achieved increase in weight of average shipment of 9.58%. Such upward trend was largely achieved by introduction of a client program “Tariff plans” in May 2015, when “Delivery” provided its customers with an opportunity to generate their own freight rates depending on amount of transported cargo per month.

Consequence of the last year economic stagnation was decrease in the purchasing power of customers of logistics companies. Such situation prompted delivery operators to improve level of their responsibility towards customers. Unprecedented openness of the company “Delivery” became an important step in this direction, which made main indicators of its work available to the public: on terms of cargo delivery, on safety and service. “Delivery Indices” are updated according to accounting system of the company on a daily basis in online-mode. On the one hand – customers can see real figures online indicative of quality of “Delivery” service provision, on the other hand – they can compare and choose logistics operator in the market under the specified standards.

Following the results of the first half of 2016 and by the first half of 2015 each of “Delivery” Indices improved. Stated times of delivery to warehouse were maintained in more than 92% of cases, timeliness of address deliveries fulfillment increased by 1.78% and amounted to 95.39%. It is planned to bring rate of timely delivery to warehouse and of address delivery by the end of 2016 to 95% and 98% respectively. Average time of one shipment transportation decreased by 10% for the company, and now it is 25 full hours. Such delivery time is optimal in relation to the company pricing policy. In the second half of 2016 “Delivery” will continue reducing terms of logistics.

During the first six months of 2016 the company reduced loss of cargo share by 4 times, which amounts to 0.0024% of the total number of transported units. At the same time, cargo damage share decreased to 0.098%. This can be attributed to number of quality measures implemented in “Delivery” to prevent and reduce cargo loss and damage during transportation: from development of a unique for Ukrainian market service of additional cargo packaging – pallet collars – to introduction of official investigations journal in personal account, which allows customers to monitor progress of investigation and to monitor compliance of the company “Delivery” with its obligations online. In general, duration of official investigations was reduced from 10 to 7 days.

In the first quarter of 2016, along with common key performance indicators of “Delivery”, personal KPIs in Personal account on the company website were introduced. Significant difference of personal KPIs for customers lies in wide range of filters and in access to more extensive information upon receipts. Users can specify period and city, as well as indicate recipient of interest in order to analyze arrival time. Possible dissonance between personal KPI in Personal account and overall indices upon the company, provided “Delivery” with the opportunity to take into account specifics of the customer cargo during the subsequent shipment.

In 2015, “Delivery” significantly expanded customers’ opportunity to receive parcels and cargo of up to 30 kg. By introducing shipment to more than 1 400 automatic parcel terminals of “Privatbank”, the company offered a good alternative to representative offices of B2C format. Since the beginning of 2016 19 new cargo warehouses were added to the map of “Delivery” representative offices, in the cities where the company was not represented earlier. By the end of the year it is planned to open 50 new branches, some of which will be opened using our own resources, and some – under franchising partner program.

“Results of the first half of 2016 confirm success of the strategy implementation by our group of companies. We believe that our openness to the customer is a solid basis for further positive business development”, - commented “Delivery” CEO Elena Lakatosh.

We are glad to inform you that on July 20 2016, new representative office №2 in Kovel city (Volyn region) is opening.

We are waiting for you at the address: 18 Teatralna Str. 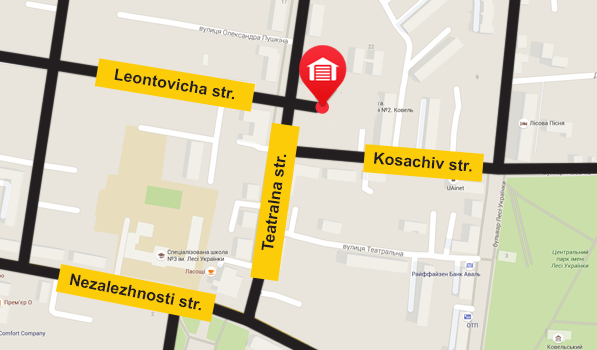 We are glad to inform you that on July 20 2016, new representative office №15 in Kyiv city is opening.

We are waiting for you at the address: 11/2 Rodyny Hohlovyh Str. 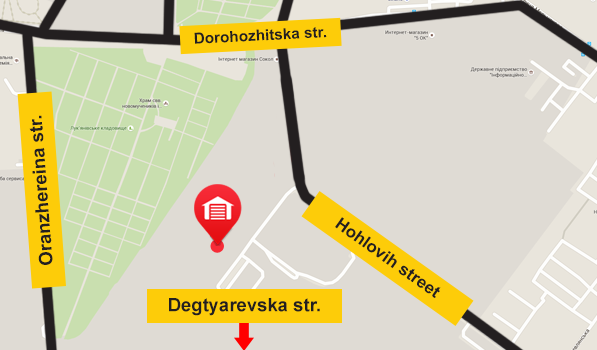 We draw your attention to the work schedule of representative offices on July 19, 2016:

Vyshneve city - due to technical reasons there is no electicity at the representative office.

We draw your attention to the work schedule of representative offices on July 18, 2016:

Costs of pallets transportation were changed

Please draw your attention to changes in costs of pallets transportation since July 14, 2016.

We kindly remind that since June 1, «Delivery» company startes up the pilot project «Express-tariffs». Project includes all cargo types transportation such as pallets and tires on route Kyiv-Odessa, Kyiv-Kharkiv (details).

We are glad to inform you that on July 13 2016, new representative office in Ladyzhyn city (Vinnytsia region) is opening.

We are waiting for you at the address: 29 Pionerska Str. 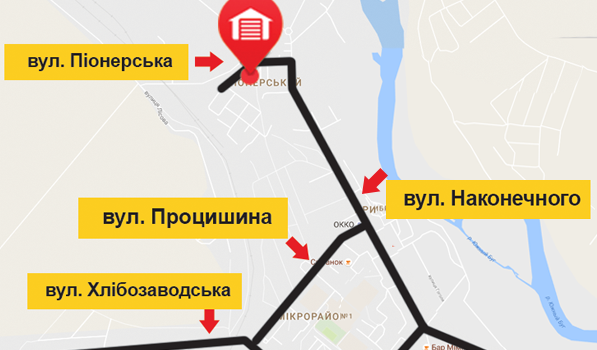 We draw your attention to the work schedule of representative offices on July 13, 2016:

Korostin city, Pereyaslav-Khmelnytskiy city - due to technical reasons there is no electicity at the representative offices. 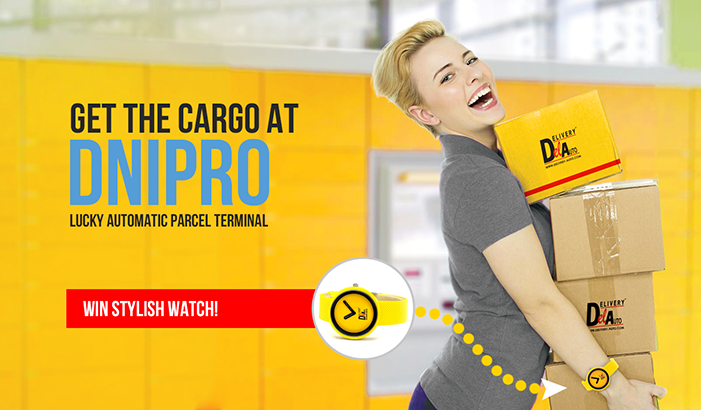 From now, cargo receiving at "PrivatBank" automatic parcel terminal by dint of «Delivery» company - it is not only profitable, but fun!

Receive your cargo at one of "PrivatBank" automatic parcel terminal in Dnipro city in the period: July 12 – August 31 and get possibility to win stylish branded watch!

How to take participate in special offer?

Order «Delivery to APT» service by dint of «Delivery» company and pick up your cargo at one of APT in Dnipro city.

When and how the gift will be raffled?