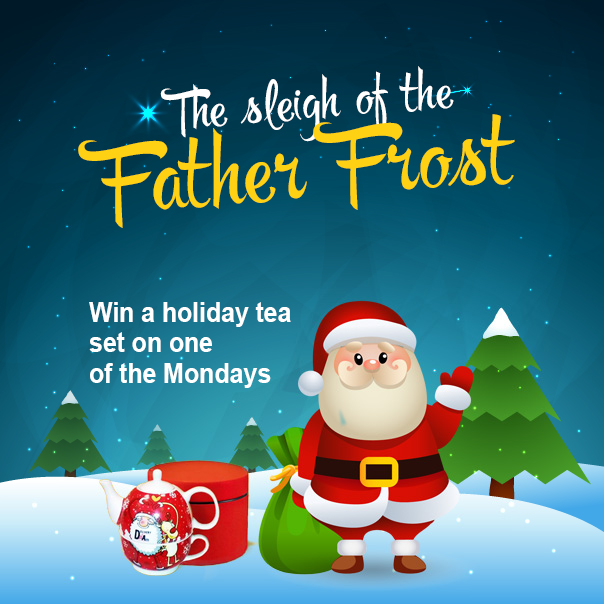 On December 24, on the representative offices of the company in the cities of Dnipropetrovsk and Kharkiv a holiday offer "The Sleigh of the Father Frost" is starting. The direction of this fairy-tale journey was not a random pick: these cities will celebrate their anniversaries of 600 years (!) for both.

In order to get most of the holiday and receive the remarkable presents, it is enough to follow simple rules:

2. Register to participate in the offer, sending SMS to the telephone number 067 623 00 86, OR a letter to the email box present@delivery-auto.com.ua, OR message to the page of "Delivery" on Facebook.

3. Win a holiday tea set on one of the Mondays until January 26.

The details are in the tab "Offers".

Sending of the cargo to/from AR Crimea are suspended

Please take notice, that from December 25, the deliveries to/from AR Crimea are suspended. This step is connected with the changes of the procedure of importing and exporting the cargo to/from the Crimean peninsula.

You will be notified later about renewal of the deliveries: watch the information updates of the website.

Please treat this step with understanding. 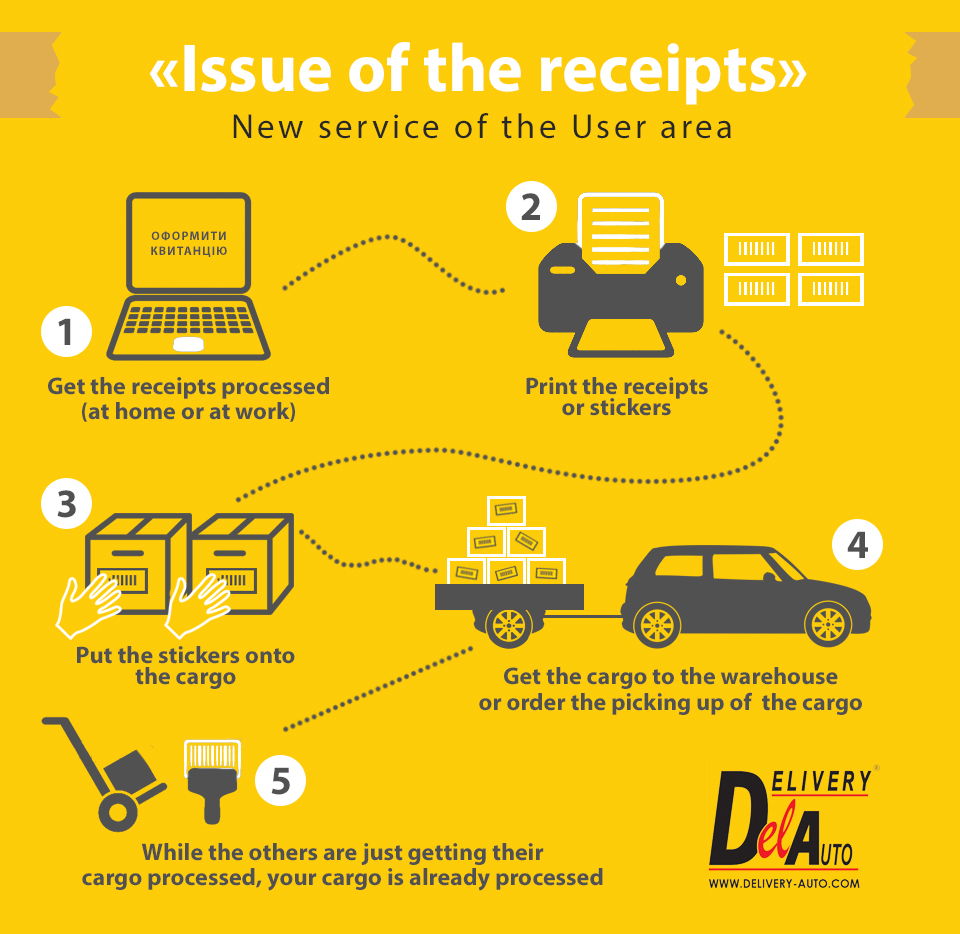 Due to increased interest to the new service of the User area “Remote issue of the receipts”, we made a decision to establish a new information line for your enquiries.

To obtain the information, concerning a possibility of your independent issue of the receipts, you can refer by the following contacts:

In the first half of December, "Delivery" summarized the offers "UpLoad Luck!" that Ukrainians so much liked. This time the fortune was tried by the residents of the cities from Dnipropetrovsk, Rivne, and Kherson regions.

Holiday offer "UpLoad Luck!" from "Delivery" lasted for the period from November 3 to December 3 of 2014. During the month each sender who used the services of the company in Kostopil, Novomoskovsk or Skadovsk had an opportunity to win one out of three original coffee making machines Delonghi. The main condition of participation was confirmed using services of "Delivery" and following several simple rules.

At the set period of time, the client is supposed to register the number of the consignment note with the wording "UpLoad Luck!" through SMS, email or official Facebook page. The numbers of the receipts sent by 11:59 pm took part in the drawing of the gifts on the next day.

On Wednesday, December 3, there was a final drawing of the prizes among the participants of the offer. The lottery was held with the direct presence and participation of the company's top managers. As a result, the main prizes went to Kostopil to Buriak Roman Volodymyrovych, to Novomoskovsk to Reznichenko Ievhen Mykolayovych, to Skadovsk to Riabikin Dmytro Viktorovych.

The press relation office of "Delivery" from the deep of its heart congratulates the winners of the offer! Those who did not find their luck this time, should not be upset - "Delivery" prepared for you new offers in the New Year!

Info about the offers: 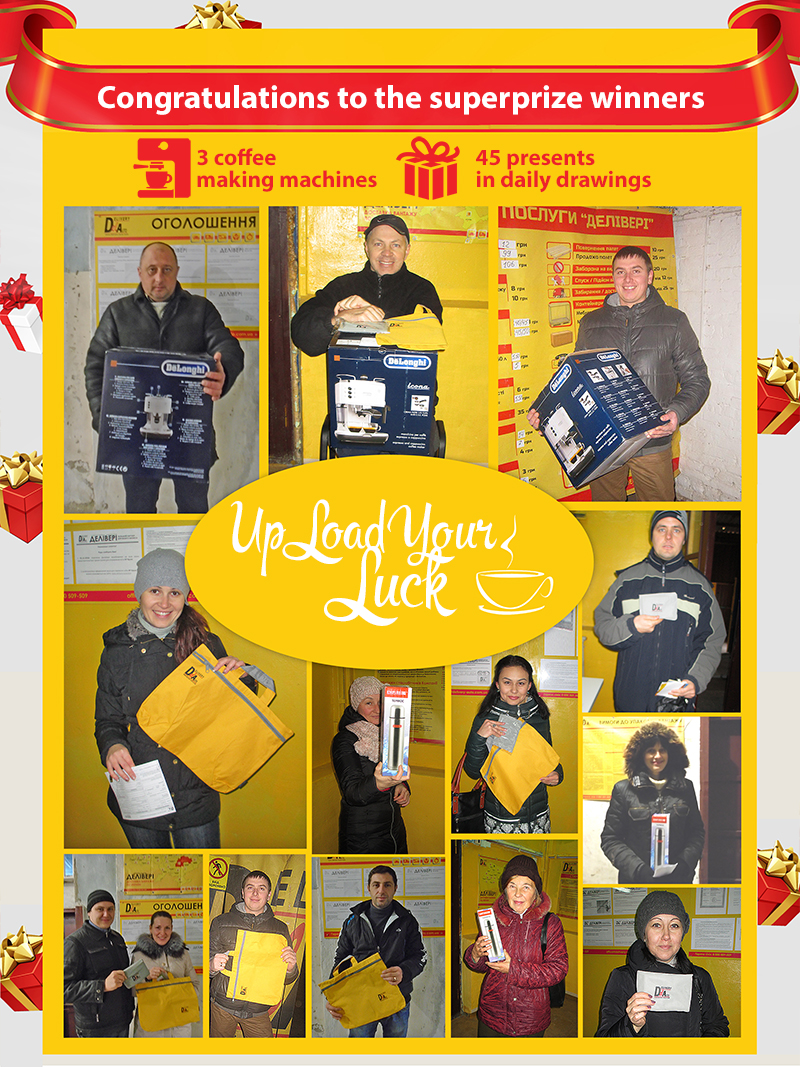 We are glad to inform you that on December 22, 2014, our representative office in Dnepropetrovsk city (warehouse №5) was opened.

We are waiting for you at the address: 159 Bilostotskogo Str. 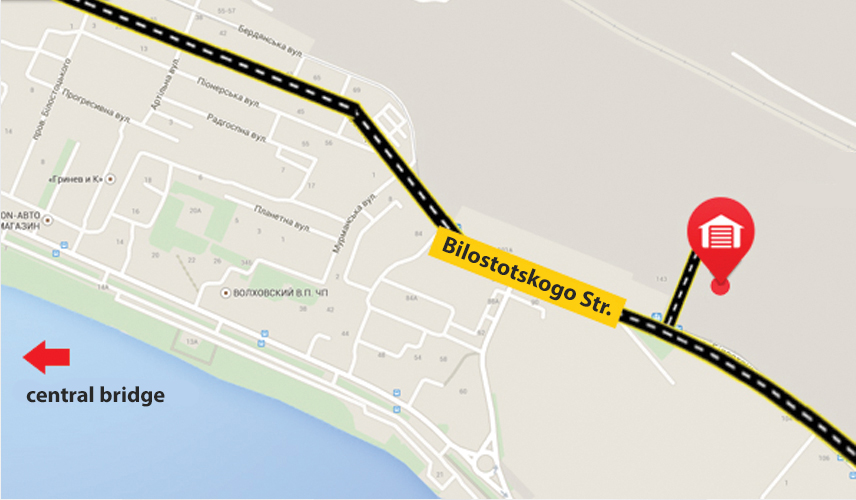 Working hours of representative office in Shakhtarsk city for December 18, 2014

Take notice, that on December 18, 2014 due to technical reasons, the representative office in Shakhtarsk city is receiving the cargo until 1 pm. The warehouse works as usual to issue the cargo.

From December 19, 2014  the representative office in Shakhtarsk city returns to usual working hours to receive/issue the cargo.

Work of representative office in Yenakiieve city is renewed

We draw your attention to that fact, that on December 18, 2014 representative office in Yenakiieve city renews its working. 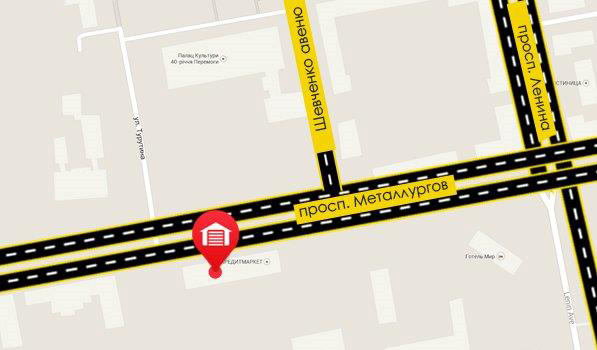 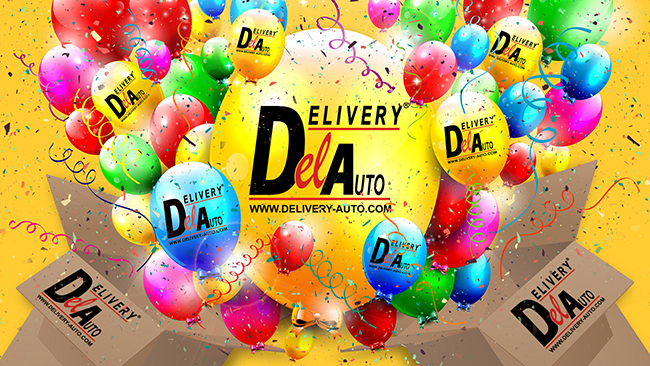 Today is 13th anniversary of the company “Delivery”! From the very moment it was founded in 2001 and up to now, we have come a successful way. We became responsible partners for millions of Ukrainians. On each day out of 4,745 days we have been working to ensure that each of the cargo, entrusted to us, could reach its destination. This aspiration made us better with every next day.

We would like to thank you all, our devoted clients and partners for the trust and support during these thirteen years. That is only thanks to you, we reached the heights we are now today.

Thank you for the years of success we have been together!

Independent issue of the receipts in the User area

We are glad to introduce you the new service from the User area “Issue of receipts”.

Now, with the available tools you can prepare declarations remotely in online mode from any place convenient for you, like work or home.

To do so, it is enough for you:

This possibility is designed to increase convenience in doing deliveries and receiving cargo by our clients as well as reduce time for processing the receipts.

We value your time!

Work of representative office in Krasnodon city is renewed

We draw your attention to that fact, that on December 17, 2014 representative office in Krasnodon city renews its working. 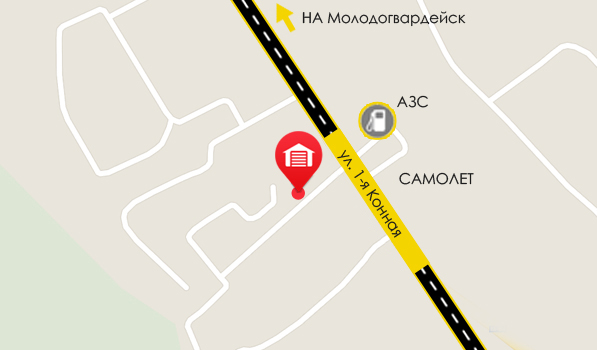 Temporary suspension of work of the representative office in Krasnodon city

Please take notice that due to ongoing military actions in direct proximity of the warehouse of the company, a decision was made to temporarily suspend the work of the representative office in Krasodon city.

You will be further notified about the renewal of the warehouse’s work.

We are glad to inform you that on December 05, 2014, our representative office in Kharkov city was opened (warehouse №11)

We are waiting for you at the address: 327 Shevchenka Str. 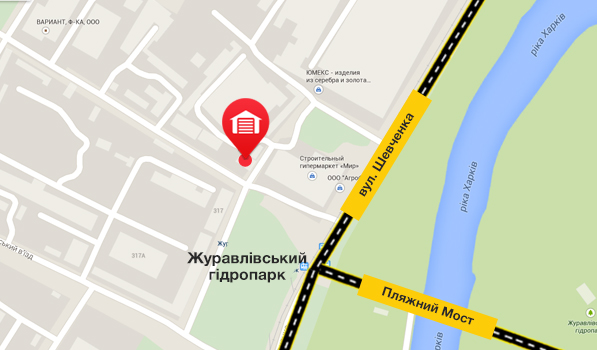 In order to create comfortable conditions of cooperation with "Delivery" we announce approved timetable of the company for the period of New Year and Christmas holidays:

Please, take a notice that cargos accepted for delivery on December 31, January 02 and January 03 will be delivered to the destination cities on January 08, 2015.

Thank you for understanding.

In the period from December 02, 2014 to December 04, 2014, armed men, that introduced themselves as employees of the Ministry of State Security of "DPR" (hereafter - MSS) detained 8 trucks with cargo of LLC "Delivery" that we leaving Donetsk. More than 2,000 clients (!) lost their deliveries.

Detention of the vehicles was performed without producing any documents or announcing any reasons. After detention, the vehicles with the cargo were brought and located at the MSS facility, at the address 3 Svitloho shlyahu St, Donetsk city.

3 days later the transport with the cargo was given to the Kossack unit. During the parking GPS-sensors were removed from all the trucks, then the vehicles with the transported cargo were moved to the territory where the kossacks were based. All the cargo from the trucks were unloaded into hangars and simply misappropriated.

Due to the fact that currently the authorities of the so called "DPR" has not taken any real steps to return the stolen cargo, there are all the reasons to consider this occurrence a planned deed, directed to intimidate the business representatives, complete termination of the citizens' supply and movement of the cargo (among many - food, medicine, personal things, and other goods of social significance).

In view of the events described and because safety of the clients' cargo cannot be guaranteed when transporting to the territory of the so called "DPR", the management of the company made a responsible decision to suspend working in Donetsk city until the property is returned fully.

To clarify concerning the further steps and to receive consultations, please refer by the telephone:

Below is the list of the receipt numbers, that correspond to the cargo detained by MSS "DPR" in the period from December 02, 2014 to December 04, 2014. The cargo which is not listed can be returned to the senders from the warehouses in Donetsk.

With the help of available functionality you will be able to archive your declarations by yourself. Moreover, receipts older than 90 days will be automatically moved from you user area into archive.

This possibility was created to enhence convenience during sending and receiving of cargoes by our clients.

We make our partnership more comfortable at each new step!

Opening a representative office in Kyiv city (warehouse No 13)

Change of the prices for additional services

Due to increased prime cost of the components and materials and change in regulations for using packing materials, company “Delivery” sets the following prices for using the additional service:

We kindly ask you to treat this measure with understanding.

Among the key topics of the business program the following ones will be considered: difficulties and risks of doing business under conditions of political instability, influence of social and political situation to the business indices of the companies, and anticrisis management with personal practices of the speakers from the companies.

Retail&Development Business Summit annually gathers about 300 top managers of the companies from all over Ukraine. "Delivery" is represented by Yurii Rastrepin, Chief of the sales and development of the company.

Business summit will take place on December 3, in Premier Palace, at the address 7/29 T.Shevchenko Blvd.

Logistic company "Delivery" will take part in the round table of the Chamber of Commerce and Industry, devoted to 60 days from the moment the law of Ukraine about Free Economic Zone "Crimea" came into force.

The conference will take place on December 3 at the address: 33 Velyka Zhytomyrska St, Kyiv city.

Starting from December 03, 2014, due to continuous robberies and armed assaults of transport of the enterprise in the area of anti-terrorist operation, “Delivery” is forced to suspend sending cargo to the following cities: Donetsk, Makiyivka, Khartsyzk.

Delivery of cargo to these cities will only be renewed from the moment when the company will be able to guarantee safety of cargoes and property of its clients.

We ask you to show understanding concerning this measure.